Having a successful rental property requires a lot of time, effort, experience and knowledge. Let us save you that time, effort and frustration that comes with gaining that experience.

As a full service New Braunfels property management company, our team is responsible for taking care of all aspects of managing your rental(s).

How much rent can you get for your investment?

Our market analysis helps landlords and us make data-informed decisions about their rental property, including rate estimates and other information so they can invest and manage their investment property more wisely.

Get started with your FREE RENTAL PRICE ANALYSIS or, if you just need a little more information first, feel free to fill out the form .

Explore What We Do

As your New Braunfels Property Manager

Marketing is key to successful rentals. We provide an expert market analysis for each property we manage to maximize your return on investment.

We conduct extensive screening on all tenants and handle every aspect of getting your investment rented in the shortest time possible.

We make sure you get paid on time, every time. You no longer have to worry about rent showing up in your bank account because we take care of everything.

We conduct inspections upon move-in and move-out and ensure all maintenance issues are addressed in a timely manner.

With our detailed financial reporting tools, it's never been easier to keep tabs on your investment. Log into your owner portal to view statements & more.

In the unfortunate event that a tenant needs to be evicted from your rental, we will shield you from the stress and re-rent the property promptly. 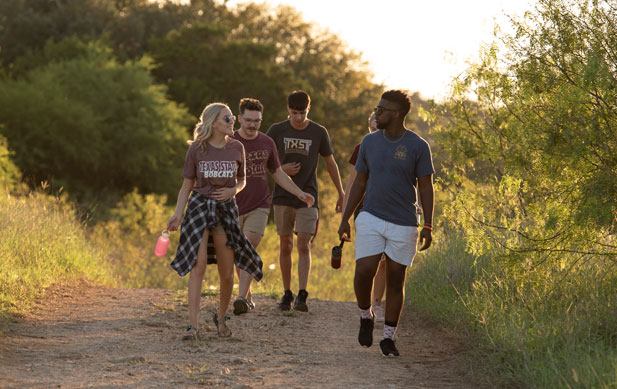 New Braunfels is a city located in the state of Texas, and Braunfels is a German word that stands for “Brown Rocks”. This is a relatively small city as it only has little over 60,000 inhabitants, but what makes it truly unique is the fact that the population has doubled over the past decade – there were only 30,000 inhabitants at the beginning of the 2000s, and now there is twice as much.

Given the fact that this was initially a German settlement, there is a significant German-Texan community living in the area, and one of the most remarkable aspects those who want to purchase New Braunfels real estate should know is that this is the birthplace of Charlie Duke, who was the lunar module pilot on the well-known moon-landing mission.

Brief History Of The City

The German Prince Carl of Solms-Braunfels established the city in the 1840s, and the city was named after the home of the Prince, which was Solms-Braunfels in Germany. The city thrived in the 19th and 20th century – as a matter of fact, by the middle of the 1850s New Braunfels was one of the most populous cities in the entire state. Several years later, there was a newspaper established in the city and it still continues to publish this day – the newspaper is named Herald-Zeitung.

Those who want to buy New Braunfels real estate should know that the Wurstfest is one of the most popular events to take place in this small and quiet place. The event, which translates to the “Sausage Festival” takes place each November and it attracts hundreds of locals and tourists. Also, the Guadalupe and the Comal River are two other popular tourist attractions that attract water sports enthusiasts from all over the state of Texas.

Also, the Arboretum is very popular as well – this is a place where trees are carefully displayed, preserved and studied at the same time. The Landa Park arboretum was established back in 1982 and it is currently home to more than 80 different species of trees, which makes it one of the most diverse and appreciated botanical parks of its kind in the state. This is perfect for those who are passionate about botany and arboriculture, but also for curious tourists who want to learn more about the different types of trees.

New Braunfels has several distinct restaurants locals can choose from – for instance, the Huisache Grill is an intimate restaurant that serves delicious, creative contemporary cuisine with all sorts of ingredients. The Gristmill, on the other hand, was established back in 1977 and it is popular for its spectacular and scenic view, as it is located on a bluff that overlooks the beautiful Guadalupe River.

The McAdoo’s Seafood Company is also very popular amongst seafood enthusiasts – the restaurant is located in the old Post Office right in the middle of the city and it delivers fresh seafood of the highest quality.

New Braunfels real estate is perfect for small families who are looking for a safe, chill and relaxed environment where they can enjoy their lives. Those who are passionate about nature and parks will certainly have a great time living in this city!

Explore All Areas We Service

Whether looking to sell or rent out your investment, it is important to understand your estimated market value by comparing it to properties in the area.

Get Your Market Analysis